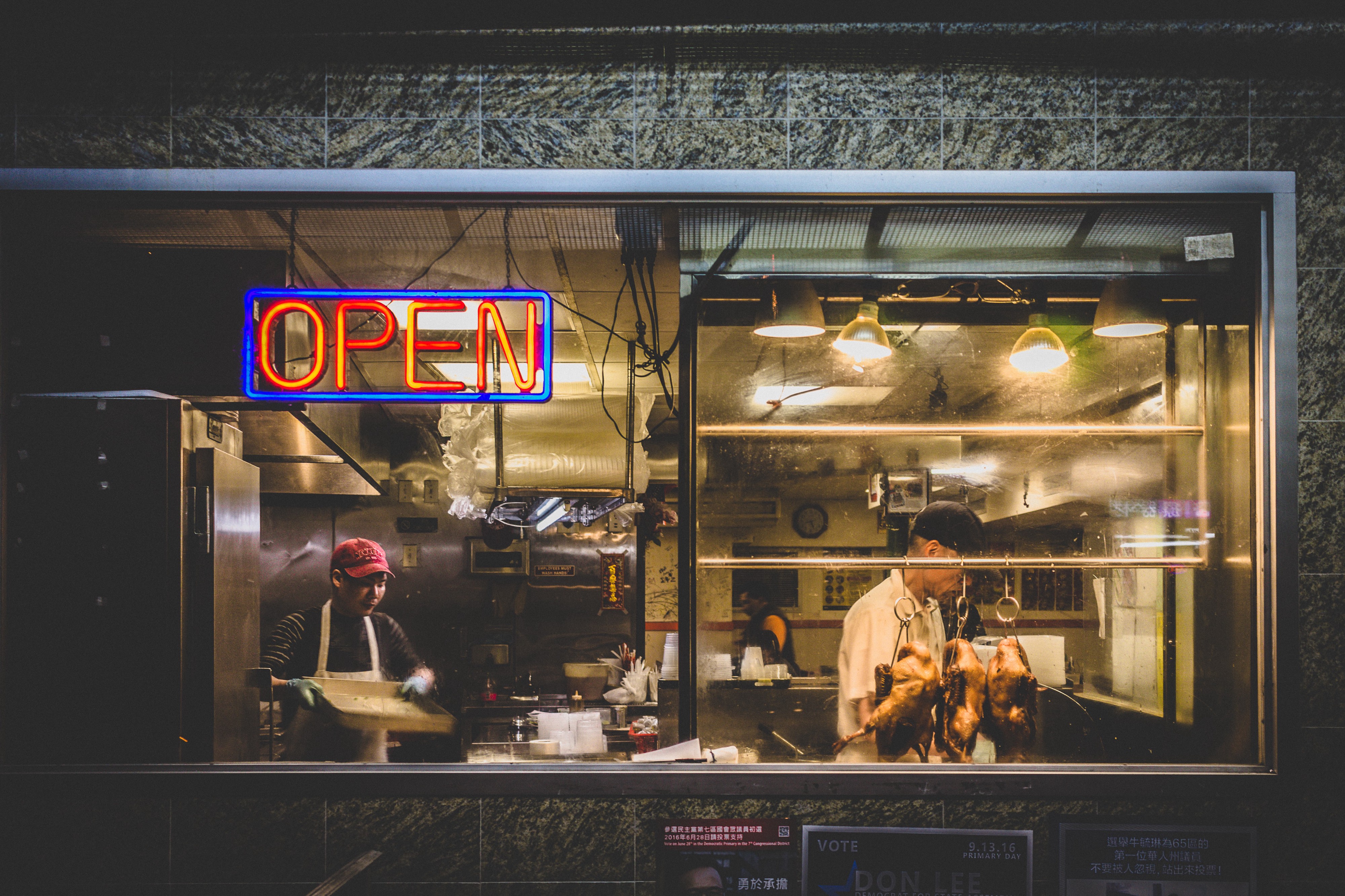 Warning: Graphic Images in this Article

It’s no secret that Chinese eat some “weird” stuff, possibly more than some other cultures. In light of the coronavirus, the idea of “bat soup” has been used to explain the origins of the coronavirus, implying that the virus is a result of someone somewhere eating bats. It’s quite easy to believe that this might be the case, especially amongst old notions of Chinese people eating dog, sheep’s brain, and seemingly anything they can get their hands on.

So why do Chinese people eat “weird” foods, and how did this come about? Is “bat soup” or eating bat the root cause of COVID-19? What role has Traditional Chinese Medicine played in COVID-19 as a result of pangolin scale consumption (which is thought to have transferred the virus from bats)?

I’m no master of Chinese cuisine and I’ll be learning as much as other people who are non-Chinese, but I realised that conversations around “bat soup” always ended up with people asking me: “Why do you Chinese eat everything?!”. So let’s discuss! I’ll start off talking about the idea of “bat soup”, and WHY it seems Chinese people eat strange foods, including dog. I’ll then talk about Chinese Medicine and wet markets which are arguably the root problems of this whole shebang.

No there is no such thing as a “bat soup”, at least in China — it’s not a dish that exists at all in Chinese cuisine. As catchy as the name may be (even I thought it was funny at one point), Chinese people rarely eat bats, though some Southern Chinese in rural areas are known to eat some bat meat and entrails for medicinal purposes.

“Bat soup” probably came from a 2016 video of travel vlogger Wang Mengyun when she visited the Pacific Island nation of Palau and tried a local “bat soup” delicacy. It’s been doing the rounds on the internet, but no Wang is not patient zero.

It’s also not known if bat meat was even sold in the Wuhan wet market that is suspected of being the origin of the virus.

Though there’s little doubt that bats are the origin of COVID-19, it’s not known how the virus transferred to humans. One theory is that pangolins and their scales, which are used in Chinese medicine (more about this later), are the cause but even this has been questioned by scientists.

Fortunately the Wuhan wet market suspected to be the origin has now been closed indefinitely (and is likely to be demolished), and wild animal trade has been banned until the pandemic is over (and will likely be made illegal herein).

II. Do we really eat dog? (and countless other things)

One of the things that I remember most acutely about my childhood in Australia is being asked constantly by non-Chinese people if I ate dog. It was so regular I could set a metronome to it and play my very-Chinese piano along to the beat (Für Elise anyone?).

Why do some Chinese eat dog?

Jokes aside, some Chinese people do eat dog. Eating dog meat is not illegal in China, however dogs must be vaccinated if they are to be sold to be eaten for their meat. As a result of the outbreak of COVID-19 however, the Chinese Ministry of Agriculture has from April 2020 issued draft guidelines recognising dogs as pets and not livestock, meaning the banning of the sale of dog meat will soon be in force.

Dog meat has however been eaten in China for thousands of years, though this has decreased significantly in the last few decades. Only a small handful of regional areas (mostly villages) remain committed to the practice, to the chagrin of millions of Chinese people. But why is this a thing? It’s hard to pinpoint exactly why Chinese people eat dog, but Chinese people eat a lot of different types of meat.

What else do we eat? Why?

Outside of cows, pigs, chicken, and duck, we also eat pheasant, frog, basically all types of seafood, camel, dog, pigeon, and the list goes on. Many of these foods were decreed in the Zhou dynasty (circa 1046–256 BC) as being safe to eat by the royal chef, and the consumption of these foods has largely persisted to the present as part of wider cultural practice.

Just a man and his water buffalo

But meat consumption hasn’t always been high in China. For anybody who has been to a more traditional Chinese restaurant, it’ll be apparent that whilst lots of dishes do have some meat in them, meat isn’t usually the main act (not like a steak or a Sunday roast). Chinese Buddhists for example, largely abstained from eating meet for religious purposes, whilst cows and buffalo were seldom eaten because they were useful for pulling plows. Mass poverty and conflict throughout Chinese history also meant that livestock and other domesticated animals were expensive or scare for the common person. Peking duck, and other dishes containing large amounts of meat were likely reserved for richer families and royalty.

So yes, Chinese do eat a lot of different meats, though changing cultural habits have definitely pushed meats like beef, pork, chicken, duck, and seafood to fore, and left behind more niche tastes like camel and dog.

III. The problem with Chinese Medicine

Chinese Medicine is arguably part of the problem in the latest pandemic, specifically the trade in wild animal products like pangolin scales, which may have helped in transferring the virus from bats to humans, but is Chinese Medicine the problem and how do we solve it?

What is Traditional Chinese Medicine?

In today’s globalised world, Traditional Chinese Medicine (TCM for short) is actually more prevalent than we might think. From acupuncture, to qigong (breathing and exercise routines), and cupping therapy being used by Olympic swimmers, its uptake outside China has surged in recent decades. According to the WHO (our favourite IGO), Chinese medicine is worth $60 billion annually and is present in over 180 countries — it’s also part of China’s Belt and Road Initiative to expand Chinese cultural influence.

In China and amongst Chinese diaspora (myself included), it’s widely practiced though not everyone practices every part of TCM. TCM is made up of different subcategories, the notable ones being herbal medicine, acupuncture, cupping therapy, gua sha, massage (tui na), bonesetter (die-da), exercise (qigong), and dietary therapy. My family for example, makes great use of herbal medicine but we’ll only have herbal remedies for small problems like a sore throat, mild fever, or bloating. For more serious problems we’ve got Medicare for that. Other families, particularly in Mainland China however, integrate more aspects of Chinese Medicine in their daily lives but again this differs according to socio-economic status, regional preferences, and personal needs.

Why is it a problem?

TCM has repeatedly become a problem in today’s world because of it’s links to two global problems: endangered wildlife species, and the likelihood of diseases.

Endangered Species: The subcategory of Herbal Medicines is problematic as some remedies call for the use of animal body parts from endangered species. Ivory tusks, tiger bones, and pangolin scales are all used in different remedies to supposedly cure problems from arthritis to male impotence. TCM has continuously been cited as the main source of revenue for poachers of endangered animals and a $23 billion global black market that revolves around the trade in these body parts. Some TCM herbal practitioners have started to shy away from using animal parts in remedies, and the Chinese government has stepped up its efforts to shut down offline and online trade in these wild animal parts, but the results are yet to be seen.

Diseases: About 75% of emerging infectious diseases (Ebola, HIV, and COVID-19 included) are zoonotic, meaning they originate in wild animals — they account for billions of illnesses and millions of deaths annually across the globe. The trade and use of pangolin scales in Chinese Medicine has been criticised recently as it is currently considered (but not proven) to be a causing factor of COVID-19, as the virus may have transferred from bats to pangolins. Though it’s a stretch to say that Traditional Chinese Medicine caused COVID-19, the trade in live or deceased wild animals (and their body parts) for traditional medicine doesn’t help reduce disease.

Wet markets in particular have gained a lot of controversy lately and rightly so. In wet markets, wild-caught animals and farm-raised wild species as well as common livestock share cages and vehicles, conditions that are often unsanitary and stressful for the animals. These markets therefore have the potential to continue to be sources of zoonotic disease.

IV. Final Words: Towards a solution

It wouldn’t be fair to point the finger solely at China or Traditional Chinese Medicine or the consumption of certain animals for the existence of infectious diseases like Ebola or COVID-19 exist. However I think we can agree the following changes need to be made:

“Kevin’s Dead” is a blog about improvement, connecting with the world, and doing away with passivity. In this blog you’ll find the musings of an Australian-Chinese millennial who is tired of being faceless and being another “Kevin”.

If you’re looking for bold opinions with no f*cks given, and a fresh Antipodean perspective, take the blue pill and follow. Kevin’s Dead